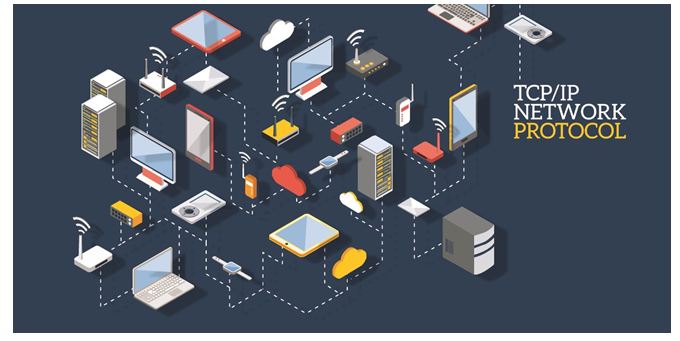 First, let us see the OSI reference mode. In OSI we have seven layers. They are application layer, presentation layer, session layer, transport layer, network layer, data link layer, and physical layer. Let us see the layers in the TCP IP model by a comparing with the OSI reference model. There are four layers in the TCP IP model. They are network access layer, Internet layer, transport layer, and application layer.

TCP IP model has four layers. They are network access layer which controls the hardware because physical layers are part of network access layer. Next is the Internet layer, this is the network layer, it determines the best path through the network. The transport layer, it supports communication between diverse devices across diverse network. Simply transport layer deals with process-to-process communication. In the application layer, this layer is dealing with the users so representing the data to the user plus encoding dialogue control. The functionalities of application layer, presentation layer, and session layer are combined into a single layer.

For cloud-based solutions for the businesses like Google, AWS and Azure please visit: https://www.benchmarkitservices.com/google-cloud-service-providers/