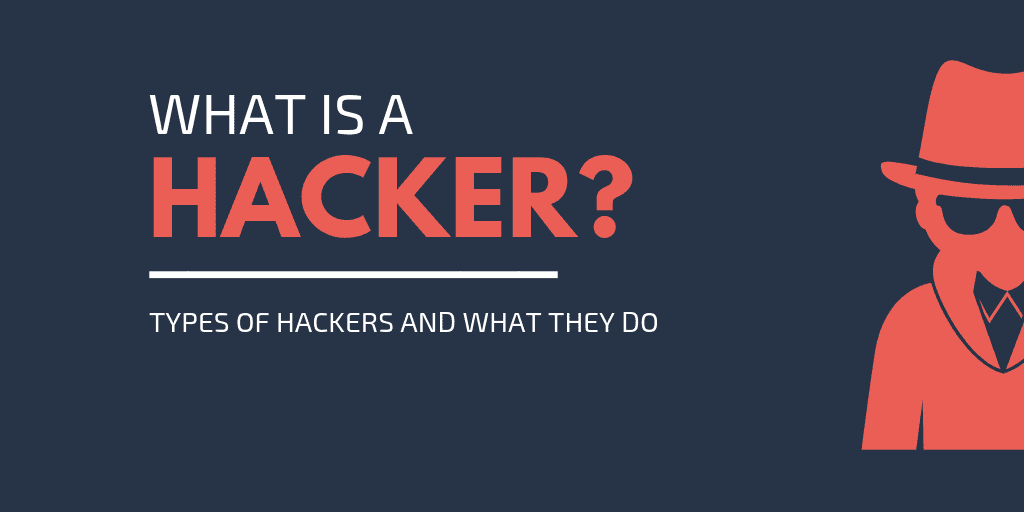 There are several types of hackers. Some of them are script kiddies, black hats, white hats, grey hats, red hats, activists and blue hats.

Some people simply go to Google, copy and paste somebody else’s script, and use it as if they are hacking, but they are not. These people think they are hackers, they are just getting started, they just entered the world of hacking, so the first “hat hacker” is the script kiddie.

A white-hat hacker is an ethical hacker. These hackers are adequate; their job is to protect people from getting hacked. They will penetrate the defences of networks, computer systems and servers, and they will tell their clients how easily Hackers can hack your system and what you should be doing to make your defences more powerful.

Black hat hackers are the opposite of white hats and the bad guys. They crack into weak security in systems and can hack people’s credit card information or steal bank information. Then they can take the victim’s confidential data and sell it to their competitors for a profit. Black hat hackers usually work for financial gains or revenge to pick on somebody, which makes them incredibly evil and heinous, they are criminals on the internet, and they are one of the reasons why a lot of viruses, malware and hacking are taking place, cyber-security professionals have to be on guard.

As the colour suggests, these “Grey Hat Hackers” do a few good and bad things. Sometimes they will violate the loss, and sometimes they will use their knowledge to help people. They will work for their profits and occasionally use their skills to improve security.

the “Red Hat Hackers” are a sign of danger. Red Hat hackers were once white hat hackers. Still, they began using aggressive methods. Every so often, they destroy the Black Hat hackers by damaging their computers, inserting viruses into the system and sometimes so malicious that they end up even “killing the black”. Red hat hackers are against hacking, but their work is very aggressive.

The blue hats are what you can say were “Once Upon a time black”. These were the bad guys, but they ended up being employed by security firms to help them in hacking. Both are hired by security forms to check for floss in the system, and one of the reasons Black hats will always look at the illegal ways, whereas white hats will always look for the legal practices of activity while blue hats are the people who were once bad guys but were granted bail. They are taken out of prison and are appointed by big multinational companies. The newly named “Blue Hats” are then told to find the weakness and perform certain things that a white hat hacker cannot do due to their way of working.

For cloud-based solutions for the businesses like Google, AWS, and Azure, please visit https://www.benchmarkitservices.com/google-cloud-service-providers/.

Now, what exactly is hacktivism? You can call this form of hacking a combination of hacking and actors, hackers who height their identity and remains hidden and remains relatively anonymous. The purpose is to protect themselves, but at the same time, they want to expose all the corruption that is going on in the government, in the political deals or some kind of important news to be leaked into the media. It could even be country-level if you want to discuss something sinister about the current government. Sometimes you know it’s easy if they come to know about this particular person who would be killed. Therefore, the body would not be found in certain countries or places. Everywhere in the world now, such kinds of hackers are there who remain universe and give information on what is going on in the political culture, the scene and their primary purpose on freedom of speech and in exposing different kinds of frauds and other types of scams. This is the whole purpose of exposing scams without getting caught.