Over the years, the computer has slowly become a major part of the everyday life of many people around the world. As time continued past by, many people have identified a common problem that many computers develop. This problem is the fact many computers become slower after it was being used over time. There have been many cases where people feel that their computer is no longer capable of keeping up with their everyday needs. For example, booting up a computer takes longer than it used to be, it takes a long time to open a new software and many more. Many experts have identified most of its common cause, and here are some of them.

While many things can cause a computer to slow down, there is one thing that any computer user needs to be aware of, which is a malicious program. A malicious program can come in many forms such as computer viruses, spyware, and malware. These are tools used by cybercriminals to compromise cybersecurity. When these malicious programs manage to enter a computer, it can do many things depending on how it is designed. However, most of them will take up resources and cause the computer to slow down. Other types of damage can include stealing sensitive information, causing the computer to stop working, and opening a compromised website to download more viruses. It is important to take this matter seriously and take the necessary steps to fix the situation.

As a computer being used over time, one of the most common thing everyone will do is to save something inside the computer. These things can include personal files, a new program, program updates, downloading files through the internet, and even files associated with the deleted program.

However, as these files accumulate over time it will start to fill up the finite memory space inside the computer hard drive. It has been pointed out that the hard drive space has a large impact on computer performance. When the hard drive is filled by more than eighty percent, computer efficiency and productivity will start to get noticeably worse.

It might be confusing how memory storage can have a large impact on the performance of a computer. The main cause of this problem laid the fact that the computer needs to utilize some temporary files to assist their work and these files will need to be stored inside the hard drive. These files are created when the user opens up a new file or make changes to an existing file and it will usually get terminated when the file is closed. That is why some free space inside the hard drive is a crucial aspect of a healthy computer.

Hard drive space is not the only thing that can slow down a computer when it is related to the hard drive. It is also possible that the hard drive itself is failing, this is especially the case with a type of hard drive called Hard Disk Drive or HDD. An HDD is mainly made of a revolving plate, an arm, and many other sensitive parts. As the computer is being used these parts will move around at high speed and as it is with many other tools, it will suffer from wear and tear. With time, as the damage accumulates, it will cause the computer to frequently lags, making a weird sound, and in some cases, it can also cause the computer to stop working.

Random Access Memory or RAM is another form of memory that the computer needs. Unlike the hard drive, RAM is more heavily utilized and relied on the computer to perform many things. However, like a Hard drive RAM itself has limited space and many software such as the most current website browser needs a lot of it to perform adequately. Back around the years 2000, the most computer only needs to have 2GB of RAM to perform well, now the most basic system needs at least 4GB, and 8GB would also be preferable. This means, as time progress, the computer will require more RAM to keep up with the requirements of many software.

Need to be restarted

With the popularity of sleep mode and hibernate in providing people quick boot time, many people rarely ever do turn off their devices anymore. While this is not a problem in short term, it will cause the computer to slow down over time. This is due to the fact that some programs are running in the background as the device continued being used and these programs are using up unnecessary resources. That is why it is important to shut down or restart a computer occasionally to free up those resources. There are many opinions regarding the shutdown frequency, however once a week should be sufficient to keep prevent too many programs from causing problems.

Too many active programs or browser tabs

When using a computer, it is normal for people to do many things at once. For example, while working people often open their browser and open multiple tabs at a time as well as other programs. While the computer should be able to support seamless transitions, its ability is limited and when too many things are active it will start to slow down the computer. Additionally, some website has an auto-refresh function that will take up more resource and cause the computer to slow down.

When starting up a computer, some important programs need to start running right away. However, some other program will also try to include itself in this list, especially newly installed programs. As more time passes, there will be more programs that enter the list and this will cause the boot up to slow down, and even when it is finished, many programs will run in the background and cause the computer to slow down even further.

In conclusion, there are various reasons why computer performance can slow down. Some of them can lead to serious repercussions, while others are harmless. Since this problem can affect many people, many experts have developed various solutions to solve this problem. Additionally, it is a good idea to consult with a reliable expert to ensure it is not a serious problem. 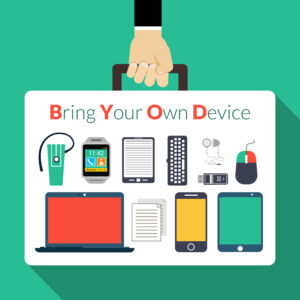 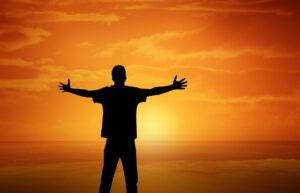