Wearable sensors are integrated into wearable objects like smartwatches, smartphones, and other sensors or directly with the body to help monitor health and provide clinically relevant data for care. They help collect real-time data like activity levels, sleep, heart rate, etc. Also, they help detect health problems before they become a severe health concern.

Intelligent systems and technologies are rapidly emerging in multiple sectors to intensify global competition, customer demand, and usefulness. Wearable Sensor has helped general people and the ageing population at large. So many wearable devices are available that we can get lost in a sea of new devices. It helps older adults both to kill time and also makes them safer.

In general, wearable activity sensors are defined as sensors that are either directly or indirectly attached to the human body and that provide signals when the user engages in certain activities. The most popular design incorporates wearable inertial sensors into clothing, and accessories, such as eyeglasses, belts, watches, mobile phones, and shoes, and directly on the body.

Wearable devices contribute a lot to the IT sector. They monitor a patient’s physiological data by monitoring pulse, oxygen, heart rate, etc., and transmit those data in real-time. They also help store data collection of older people. It alerts family and doctors during emergencies and triggers the nearest ambulance if needed.

Detecting epileptic seizures is a different use of wearable sensors and systems that has drawn much interest from researchers and physicians—an abrupt loss of consciousness results from primary and subsequent compulsive epileptic crises (EC). Stereotypical movements can be seen in conjunction with these episodes and unprecedented changes in the electroencephalogram (EEG). The individual cannot interact with the environment during the acute phase. Systems and wearable sensors have been proposed and assessed to detect EC. Methods to identify EC from regular motor activities have been developed using electroencephalographic (EEG) sensors, 3D accelerometers on a wrist, a combination of electromyography (EMG) and accelerometers, and electrodermal activity (EDA).

Several tools have been created for safety monitoring applications, such as detecting falls and transmitting alert messages to a carer or an emergency response team. These devices, which consist of a necklace or watch with a push button, are straightforward emergency response devices. A user can wirelessly communicate an alarm message to operators at a distant call centre by pressing the button. The body-worn device incorporates sensors from other systems. For instance, the Wellcore system uses sophisticated microprocessors and accelerometers to track the body’s position. The device automatically sends a message to the appropriate response centre or nurse call station when recognising falls as different events from regular movements.

How does a wearable sensor work in real life:

The above figure explains the application of wearable devices in the health sector. Here the man is seen wearing a wearable device that records his physiological data in real-time, which is then connected to his Smartphone via Bluetooth or the internet. And by any chance, if he gets any disorder in his physiological health or case of any critical unbalance in his internal health is recorded like blood pressure low or high, ph levels etc. It will alarm the clinician and family. Also, it will trigger an ambulance in his location. Thus this can prevent the risk of fatal illness or other health disorders.

Threats and vulnerabilities of wearable sensors:

Security is an essential and inseparable part of a system. There is consistently a threat in the medical care uses of sensor networks. These dangers and assaults can be sorted into two significant classifications for example, active and passive.

Active aggressors taking advantage of little to no security features in sensor devices can discover the clients’ area that puts the user’s life in danger. Passive attackers change the objective of packets and make routing conflicting. This way, the health data are stolen wirelessly.

Since sensor devices have little to no external security features, it possesses more significant threats like:

Some countermeasures and solutions

Use of encryption to secure user data storage:

Taking plain text or message and scrambling it into unreadable code helps confidentiality. The encryption must secure all the data channels from the device to its service (cloud), and only those with a secret decryption key can access transmitted data and make it more secure.

It is as important as online security to protect our precious data. Stealing and misuse of our data are very high. So to counter this, we need to store our wearable devices safely, possibly using passcode and data erasing technology.

It is an essential security feature to protect our data. It allows users or admins to send a command that deletes the data of a wearable device. We must enable the ability to erase data from our

The combined use of wearable and motion sensors has enormous potential to protect seniors. Bioengineers and developers must evaluate their sensor systems in the real world. 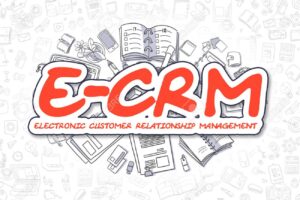