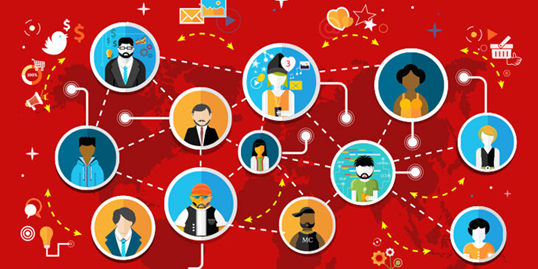 With the extensive growth of technology in modern times, networking also grows more than ever. Most use of technology actually involves networking as it is used to share the data with people despite having the limitation of distance. Let us first discuss what networking means. Networking is simply the transfer of data between nodes over a medium that is a shared information system. It contains not only design, construction, or utilization, but maintenance and management are also included.

Networking qualifies devices to be connected among themselves in a variety of situations. It can be a personal network, a network covering an area, or even a whole district. This range functionality is important for any service provider for the ease of their user and also their name. There are mainly two kinds of networking, its either wired or wireless. Both have their own pros and cons like for wired the range is not that impressive, but the speed does make it even while the wireless networking has a high range but is not as fast as wired networking. If you ask what the difference between them is in the easiest way as it can be then, the wired network gives great speed, solidity, and also is more secure than the wireless whereas the latter concentrates on providing more pliability, portability as well as ductility.

In today’s time, the world is bending towards the automation of technology. Smart assistants are one of the examples of this. So why should networking be excluded? The process of automating the networking is known as network automation. It is done with the help of software that not only automates the network but also takes care of the security as well as manages the network to maximize the output of the network. It is usually used at the intersection of network visualization. Due to the recent pandemic and world situation, the IT specialists or even the non-IT background persons require the best network at their disposal. Speed and consistency are the prime factors that the users actually want from any network.

Using network automation, we can find the most efficient way of configuring or managing a network. A(pplication) P(rogramming) I(nterface) based automation removes maximum human intervention during the configuration of each networking node. This automation can be activated directly or with the help of any programming language like Python or Java. Modern technology traces the resources while furnishing and checks whether the request can be fulfilled by the current networking system or not before they actually start working on the request.

Having a person to help in your work is great but what is better than having a helper is an intelligent helper. Smart network automation makes use of machine learning and big data to build and oversee a network in order to accomplish the intent. A Smart network uses the algorithms that are fed to it to have a centralized view of the big picture to ascertain the ways needed for the network to function to reach the intent.

An I(ntent)-B(ased) N(etwork) considers how a proposal would influence a network as a whole and provides several options to meet that desire. It is desirable because network engineers can quickly expand the network to fulfill various goals while reducing the number of misconfigurations caused by human error.

After thoroughly discussing network automation let us now learn a little about I(ntent)-B(ased) N(etworking). This is a new concept of technology that is supposed to be used to obtain a higher amount of intelligence in networking. Generally, it removes all the human interventions in building and overseeing the computer networks.

In short, all that is needed to be done by the expert is to send the request their intention and the job would be accomplished automatically. There is no need for them to write codes and physically execute the codes.

Despite having a range of varieties in their vendors I(ntent)-B(ased) N(etworking) the final intent is the same for the network that is to use machine learning and demonstrate a deeper level of intelligence. They offer software that can convert intent into the network configuration. With intent-based networking, network managers designate a result or business objective—the intent—and the network’s software, using A(rtificial) I(ntelligence) and machine learning, find out how to accomplish that objective. Purpose-based networking solutions not only automate time-consuming operations and provide real-time insight into network activity to authenticate a given intent, but they also forecast any deviations from that intent and recommend the action necessary to secure that intent. The more intelligent the network gets its agility increases while a decrement in errors is noticeable. This capability to self-monitor and self-correct is crucial to I(ntent)-B(ased) N(etworking).

A(rtificial) I(ntelligence) and machine learning are used in I(ntent)-B(ased) N(etworking) to recommend and conduct regular activities, define rules, react to event logs, and verify that objectives and tasks are met. The application not only creates network alterations but also verifies that they are carried out and may make changes as needed. Intent-based networking regarded as an extension of S(oftware)-D(efined) N(etworking), expands on that technology to offer a higher degree of intelligence that may designate which tasks are to be automated.

It reduces the human intervention in any function related to networking. Other than stating their intent the experts are not needed for anything else. Since IBN is always tracing the network functionality any abnormality that occurs is immediately reported resulting in faster troubleshooting. Due to regular monitoring, the network is never outdated and has better security. These are some of the advantages among many.