Computer Hardware refers to a collective term used to describe any of the physical components of a computer. Although the design of hardware differs between desktop PCs and laptops due to their differences in size, the same core components will be found in both. A computer can function only when both hardware and software are working together and the speed of a system will largely rely on the hardware used.

When building up a new computer, or simply replacing old parts, you may need to know the specific hardware in your computer. The purpose of this page is to help you understand the inner-workings of a computer.

MOTHERBOARD, SYSTEM BOARD OR MAINBOARD

The motherboard serves to connect all of the parts of a computer together. It houses the CPU and is a hub that all other hardware runs through. Motherboard is the piece of computer hardware that can be thought of as the “backbone” of the PC, or more appropriately as the “mother” that holds all the pieces together. It acts as a brain; allocating power where it’s needed, communicating with and coordinating across all other components – making it one of the most important pieces of hardware in a computer.

The CPU (Central Processing Unit or processor) is responsible for processing all information from programs run by your computer. It interprets and executes most of the commands that comes from the computer’s hardware and software. Intel and AMD are the two most popular CPU manufacturers for desktops, laptops, and servers, while Apple, NVIDIA, and Qualcomm are big smartphone and tablet CPU makers.

The ‘clock speed’, or the speed at which the processor processes information, is measured in gigahertz (GHz). This means that a processor advertising a high GHz rating will likely perform faster than a similarly specified processor of the same brand and age.

RAM is the physical hardware found in the memory slots of the motherboard that temporarily stores data, serving as the computer’s “working” memory. The role of RAM is to temporarily store on-the-fly information created by programs and to do so in a way that makes this data immediately accessible. The tasks that require random memory could be; rendering images for graphic design, edited video or photographs, multi-tasking with multiple apps open. How much RAM required depends on the programs that would be running. Some popular manufacturers of RAM include Kingston, PNY, Crucial, and CORSAIR.

The power supply unit is the piece of hardware that converts the power provided from the outlet into usable power. It is the point where power enters your system from an external power source and is then allocated by the motherboard to individual component hardware. Without this component, the rest of the internal hardware cannot function.

It converts the alternating current from your wall outlet into a continuous form of power called direct current that the computer components require. It also regulates overheating by controlling voltage, which might change automatically or manually depending on the power supply. Without the right amount of power, components won’t be able to run effectively and the computer might experience crashes or simply fail to boot at all. It’s recommended to have a power supply that more than covers your system usage. CoolMax, CORSAIR, and Ultra are the most popular PSU makers.

A graphic card is a computer component that renders images, videos, 3D graphics and animation to your monitor. Usually, the graphic card is mounted in a slot of the motherboard. The better your graphic cards, the smoother the image it produces on your screen. This is particularly important for fast-paced gaming or video editing which normally contains more complex and high-definition visuals.

Most motherboards with on-board video allow BIOS to disable the chip in order to make use of a video card installed to an expansion slot. Using a dedicated video card may improve overall system performance because it includes its own RAM, power regulators, and cooling so that the system RAM and CPU can be used for other things.

A solid state drive is an external storage device for your computer that works like a USB flash drive. It is a new generation of storage device that replaces traditional mechanical hard disks by using flash-based memory, which is significantly faster. Older hard-disk storage technologies run slower, which often makes your computer run slower than it should. SSDs speed up computers significantly due to their low read-access times and fast throughputs.

Many SSDs on the outside look almost identical to a conventional hard drive. Like a hard drive, an SSD is used to store large volumes of data whether the system is on or off, for extended periods of time. But unlike hard drives, an SSD has no moving parts, and is more akin to a flash drive. This design allows the SSD drive to be put into a laptop or desktop computer in place of a hard drive. It also uses the common SATA interface so that it can easily be placed into any PC as a hard drive would. 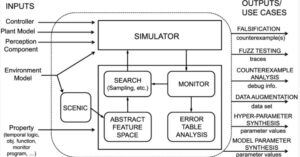